Hydrochloride Vs Sulphate: What is the truth about Glucosamine products? 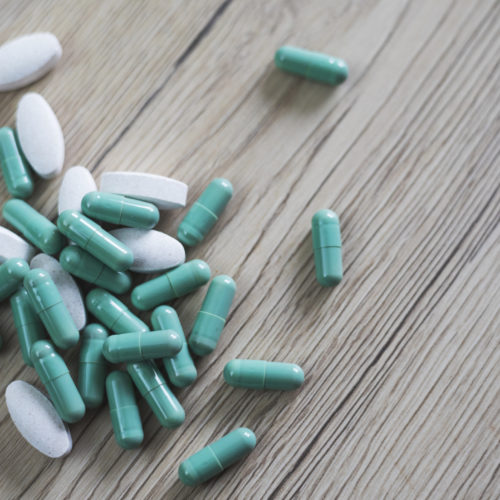 Glucosamine products are taken widely and are in fact the most popular supplement taken for joint health in the UK.

Many people prefer to try a natural alternative ­especially for treating arthritis. Where NSAIDs can only damp down inflammation and pain, food supplements such as glucosamine have the potential to halt the degenerative effects of conditions such as osteoarthritis. It does this by stimulating the formation of proteoglycans (protein molecules) important for strengthening cartilage so it can resist compressive forces; it is also thought to have an anti-inflammatory action. A pivotal trial published in the Lancet showed that taking 1,500mg of glucosamine sulphate per day produced significant improvements in pain and disability, with no significant loss of joint space seen over the three year trial period. In contrast, those taking placebo developed worsening symptoms with increased narrowing of the knee joint space . Subsequently a systematic review of 20 randomised controlled trials found that, in people with osteoarthritis, glucosamine was more effective at relieving pain (28% improvement) than placebo.

Products are certainly plentiful but how do you know which one is right for you?

Glucosamine is a product derived from shellfish and used for the repair of damaged joint tissue and reduce the pain associated with it.Glucosamine is unstable by itself and so needs to be partnered with another compound to stabilize it. This is the reason for the use of sulphate and hydrochloride ions; they serve as carrier molecules for the glucosamine to be absorbed. There is some debate over which ‘carrier’ system provides the superior absorption rate. The truth is, clinical evidence suggests that so long as the amount of glucosamine is the same, both forms will deliver the same amount. With the Hydrochloride (HCL) carrier system, less HCL is needed to ‘carry’ the glucosamine than the sulphate version . HCL is slightly cheaper too, making it the carrier ion of choice for some food supplement manufacturers.

However, it is the Glucosamine sulphate version that has stolen the clinical limelight. It is the more widely tested form and comprehensive clinical trials have shown it to be a highly effective alternative to non steroidal anti inflammatories (NSAIDS) for joint pain and inflammation. Experts also rightly question the therapeutic role of sulphate within a glucosamine sulphate product. Natural forms of sulphate are used by the body for the synthesis of proteins and the regulation of inflammation . Therefore some experts might argue that although it works as a wonderful carrier for glucosamine, the presence of sulphate may in fact enhance the regeneration of joint tissue and reduce inflammation as well. If you chose a Glucosamine Sulphate product ensure it is no less that 20% 2KCL. Anything more than this will dilute the amount of glucosamine in the product.