Could chocolate actually improve your health? 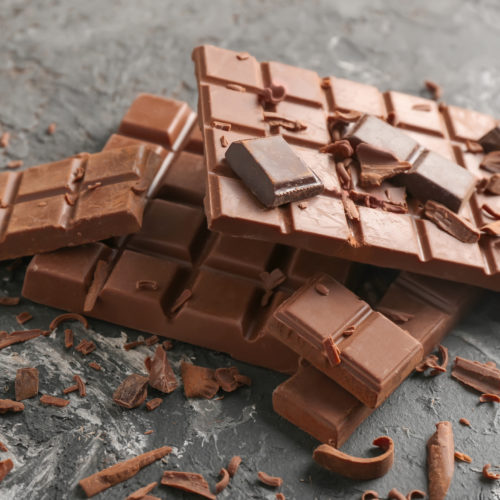 Mounting research on the health benefits of cocoa suggests that this culinary luxury could become a dietary staple. Sadly the health properties of cocoa do not span across all its products, certainly not all chocolate products can be presumed to be healthy. Large amounts of sugar and saturated fat are used to make the chocolate that most are familiar with, heat and processing methods required to produce chocolate also destroy the antioxidant-like, health promoting compounds called flavanols (a member of the flavanoid family).

So what are the effects?

Flavanols are easily found in the western diet – wine, apples and grapes to name a few – the exact mixture of flavanols found in each food is unique and distinct to that food.

Circulation:
The flavanol rich cocoa bean has demonstrated an ability to improve endothelial dysfunction, a state in which blood vessels are not working as effectively as they should (a common sign of atherosclerosis). The flavanols have the ability to increase a compound called Nitric Oxide that is responsible for improving the widening of blood vessels and thereby improving blood flow and circulation .

Blood Pressure
This effect will also have a significant impact on blood pressure. Recent research has shown that cocoa reduced systolic and diastolic blood pressure, while also increasing blood flow. Several other studies have shown that cocoa has a role in reducing the risk of stroke (by 20%), coronary heart disease (by 10%) and all-cause mortality (by 8%) .

Cholesterol
In 2011 a meta-analyses on cocoa concluded that dark chocolate and cocoa products significantly reduced low-density lipoprotein (LDL) cholesterol and total cholesterol . Even more encouraging than that was the discovery that this effect seemed to be even greater in those participants who were at a higher risk of cardiovascular disease. This effect however was seen in the dark chocolate rather than other cocoa products. This questions whether the health benefits of dark chocolate are simply down to its cocoa content and if, in fact, the stearic acid found in cocoa butter also plays a beneficial role as a “cholesterol-neutral fat”. Fibre and other minerals present may also play a part.

Exercise Performance
Whilst caffeine is already a recognized thermogenic, theobromine is also receiving focus on its fat-burning capabilities. A further look at theobromine hints at its potential to support the vagus nerve, a brain nerve linked to gut health, heart rate and breathing control. Continuing research on the link between support of the vagus nerve and reduced inflammation and improved recovery, post exercise .

So it seems that cocoa is one of the richest flavanoid containing foods available but it is also a good source of minerals such as calcium, iron, zinc, copper, manganese, and potassium as well as the vitamins A, B1,B2,B3,B5, C and E. Sadly however this is not the green light to dive into the nearest shop for chocolate. The evidence clearly demonstrates that the health promoting properties only relate to the high cocoa content chocolate, that is 70% and above. The darker the better.